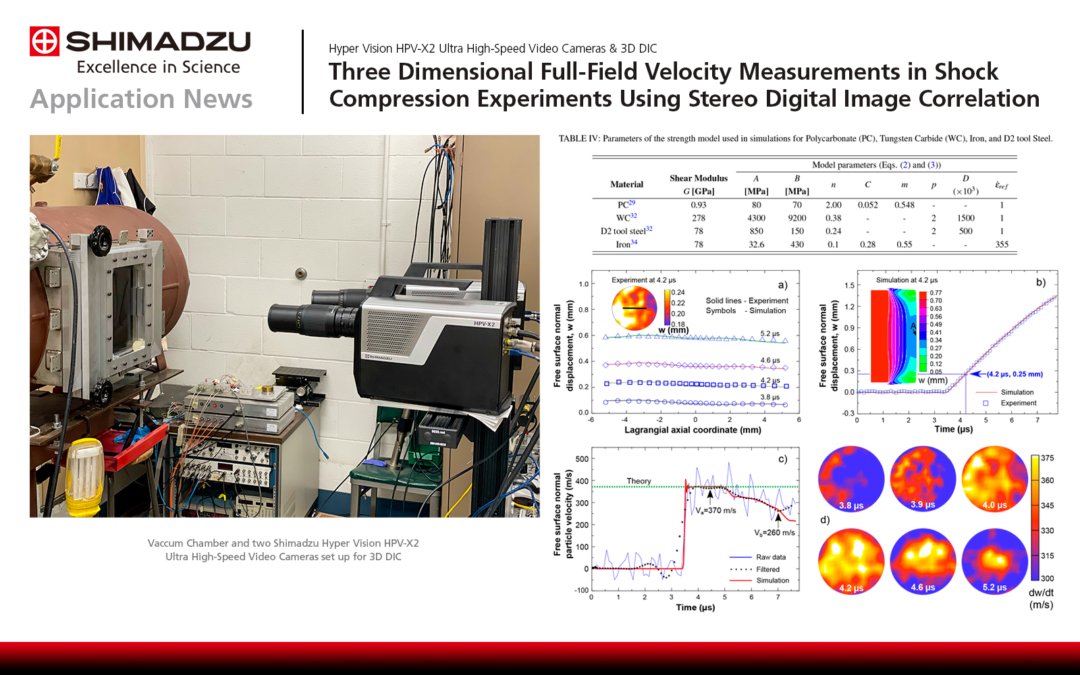 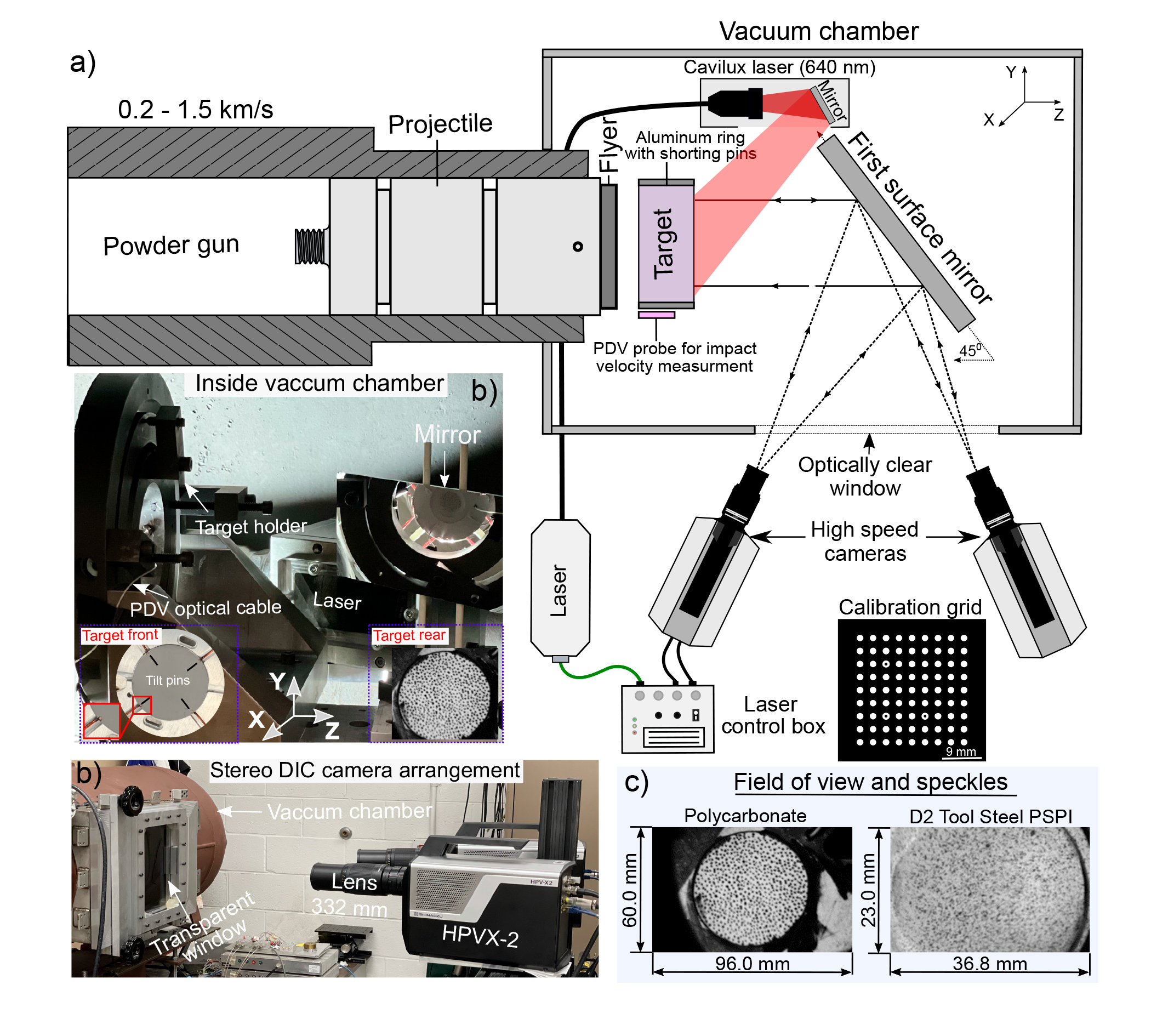 FIG. 1: a) Schematic of the experimental setup with powder gun, camera arrangements for 3D digital image correlation, b) image of the components inside the vacuum chamber and the high-speed camera arrangement for stereo DIC set up for imaging through the transparent window, c) representative speckle patterns on the free surface of the sample.

In this study, plate impact experiments were conducted using a powder gun facility at Caltech. Four materials, polycarbonate (PC), tungsten carbide (WC), Y-cut quartz, and D2 tool steel, were investigated in different experimental configurations to demonstrate the reliability, advantage, and robustness of the high-speed stereo (3D) DIC for measuring full-field free surface velocities in plate impact experiments. The schematic of the experimental setup with high-speed imaging-based fullfield diagnostics is shown in Fig. 1a. Also, the images of the stereo high speed imaging DIC setup and the components inside the vacuum chamber are shown in Fig. 1b. Samples were shocked using the 38.7 mm slotted powder gun capable of launching projectiles at velocities ranging from 0.2-1.5 km/s. Two Hyper Vision HPV-X2 high-speed cameras (Shimadzu, Kyoto, Japan) capable of capturing 5 million frames/s at full resolution (400 x 250 pixels) and 10 million frames/s at half resolution (400 x 250 pixels, where missing pixels are interpolated) were used to capture the image of the free surface, see Fig. 1a. These cameras were placed at a stereo angle between 15˚–16˚ and were calibrated by capturing the image of the standard laser engraved calibration grids (Correlated Solutions Inc., Columbia, SC), to facilitate stereo DIC measurement. A total of 45 image pairs were collected by tilting and rotating the calibration grid within the field of view of both the cameras. It was ensured that the images were within the depth of field of the imaging system to obtain accurate calibration of the stereo camera system. The image of the camera arrangement and a typical calibration grid used for calibration are shown in Fig. 1a. The images of the rear surface of the sample were observed through a large mirror (50 mm × 100 mm) arranged at 45˚ with respect to the loading direction. A CAVILUX® Smart laser (Cavitar, Tampere, Finland), which provides high-speed incoherent laser (wavelength, 640 nm) pulses as short as 10 ns, was used to illuminate the sample during loading. The short duration laser pulses avoid blurring due to the transients in the high-speed impact experiments. These laser pulses were synchronized with the exposure of the camera sensor during the image acquisition. An image of the complete target assembly, mirrors, and illumination using laser inside the vacuum chamber is shown in the Fig. 1b. Impact velocities of the experiments were measured using Photonic Doppler velocimetry (PDV). The PDV probe was attached to the target holder and the optical return was checked during the target alignment. In the pressure shear plate impact experiment, a heterodyne PDV was used to simultaneously measure normal and transverse velocities.

Contact a Hadland Imaging representative to learn more about the Shimadzu Hyper Vision HPV-X2 and visit our page on DIC Solutions (digital image correlation) for more information about testing machines, high-speed cameras & everything you need to get the job done right.