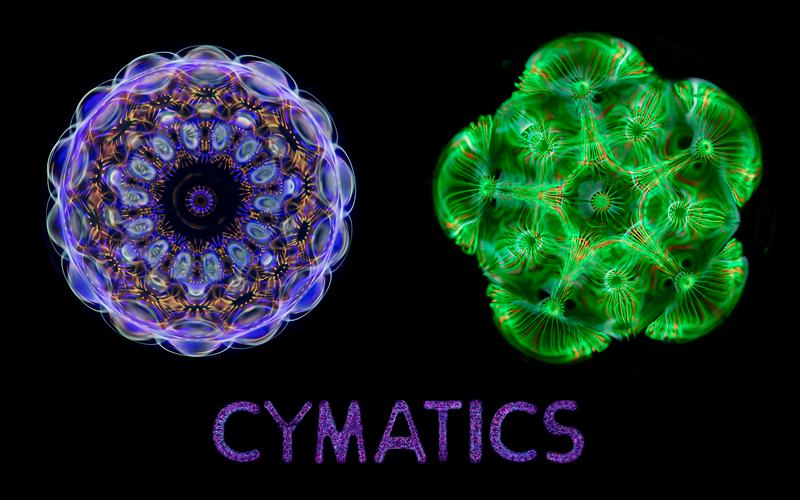 After a long work day, most of us happily collapse into a couch and binge-watch our favorite show.

But Linden Gledhill, a Philadelphia-based pharmaceutical biochemist, retreats to his basement lab. There, he builds custom gear so that he can record the beautiful, complex, and sometimes very weird intersection of science, art, and nature.

For example, Gledhill hacked an old hard drive into a camera shutter 10 times faster than anything in a store. He’s also rigged up a machine to create snowflakes on demand and patented a super-resolution photography rig.

Gledhill uploads his experimental photos and video to Flickr, and art directors and producers take notice — not only because he’s creative, but also because he’s good. He’s earned commissions for TV commercials and music videos, and most recently, high-tech prints of his photos were donned by fashion models.

For the past couple of years, Gledhill has been playing with a tiny dish of liquid that sits on a speaker. Called a cymascope, it’s designed to create and tune repeating patterns of waves, like those formed in wine by rubbing the rim of a crystal glass to make it vibrate or “sing.” These cyclical ripples, also called cymatics, travel far faster than human eyes can see, so he uses ultra-high-frame-rate cameras slow them down and record their secrets.

“It allows you to see the individual vibration states throughout the cycle. That’s pretty cool. Typically you don’t get to see that,” Gledhill told Business Insider. “Typically what you see is a fixed pattern or a changing pattern based on the frequencies you play through the liquid.”

Read the full article and look at some of Gledhill’s newest experimental and hallucinatory imagery.