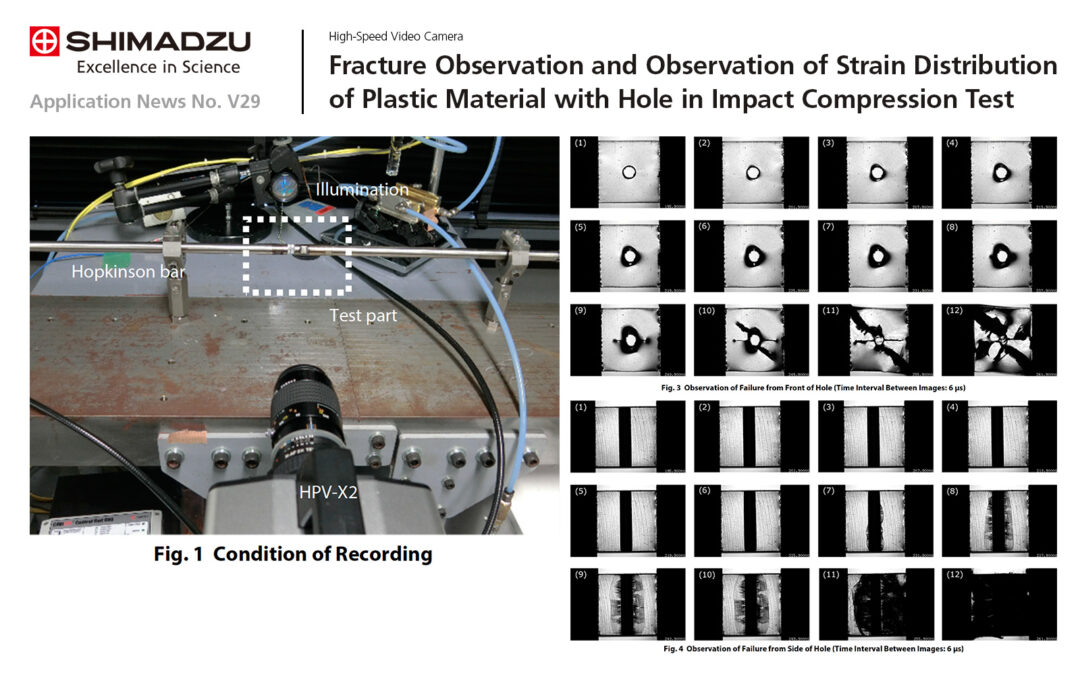 Introduction
Understanding the properties of materials is essential in designing products. For this reason, various testing standards have been established, including standards for tensile testing, compression testing, and bend testing. When materials are to be used in transportation equipment, the possibility of impact loads must also be considered. Thus, in order to accurately understand the properties of materials, an understanding of not only their static properties but also their impact properties is necessary. In particular, if an impact load is applied to a material, the material may display stress-strain characteristics different from those under static loading. Impact testing is required in order to understand those characteristics. The Hopkinson bar method is widely used as an impact testing technique. Observation of the fracture behavior in the test is also important for a detailed elucidation of the failure mechanism of the material. However, because high-speed deformation is a characteristic feature of these test methods, it had been difficult to observe material failure during tests, even with conventional high-speed cameras, and recording of images for image measurement had also been limited by the recording speed and resolution of the conventional devices. The Shimadzu HPV-X2 high-speed video camera used in this study makes it possible to record images with both high speed and high resolution, enabling observation of various high-speed phenomena.

This article introduces an example of observation of the fracture behavior of an acrylic block having a round hole in its center in an impact compression test using the Hopkinson bar method. In addition, a random pattern was made on the surface of the specimen, and the strain distribution on the surface was visualized by DIC analysis.

Contact a Hadland Imaging representative to learn more and visit our page on DIC Solutions (digital image correlation) for more information about testing machines, high-speed cameras & everything you need to get the job done right.