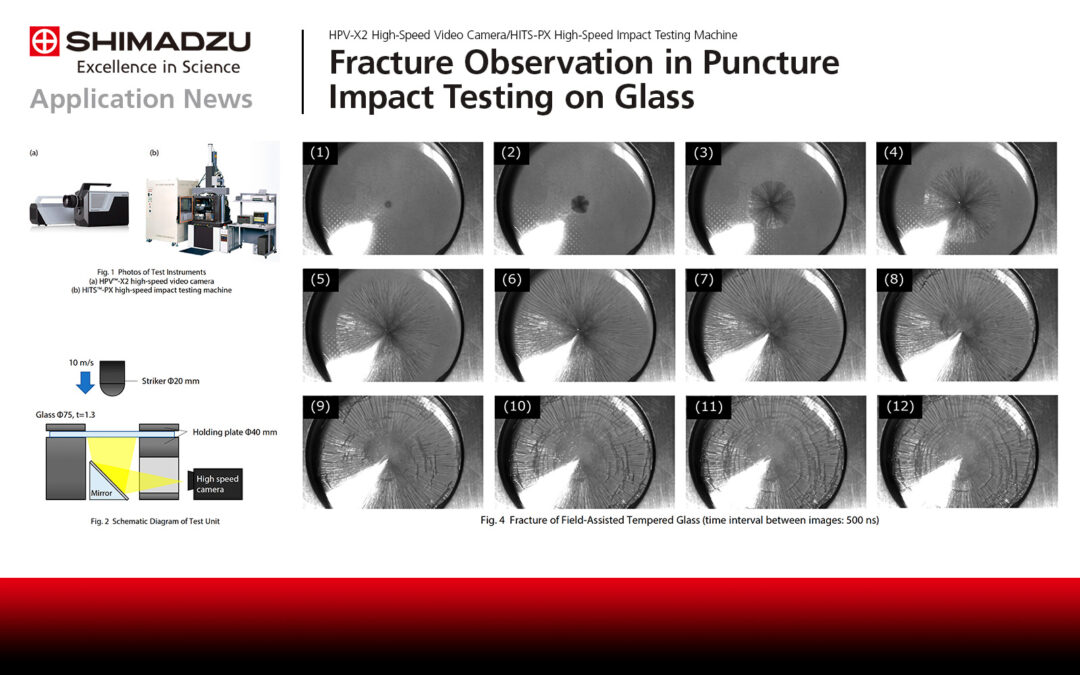 Introduction
Glass has traditionally been used in a variety of industrial fields, including windows, lenses, and tableware. Among such glasses, chemically tempered glass produced with the ion-exchange method is used for the cover glass of smartphones. Since the surface of tempered glass is strengthened by compressive stress, the force leading to fracture may be greater than that of untempered glass. Even so, there is a possibility that the fracture of the entire glass may occur instantly, starting from a small scratch caused by an external impact. For this reason, research has been conducted to realize even greater strength and impact resistance.

In this article, we introduce the results of fracture observation in a high-speed puncture testing conducted on two types of tempered glass and untempered glass. The test results clarified that the maximum test force at the time of fracture increased if the glass was toughened, and that the maximum test force correlated with the number of cracks and the crack growth rate.

Measurement System
Using the HPV-X2 ultra high-speed video camera and HITS-PX high-speed impact testing machine, we observed the fracture behavior of two types of tempered glass and untempered glass in puncture impact testing. Table 1 shows the test instruments. Figs. 1 and 2 show the photos and schematic diagram of the instruments, respectively. By setting up a mirror as shown in Fig. 2, we could observe the glass being punctured by the striker directly from below.

Contact a Hadland Imaging representative to learn more about the Shimadzu Hyper Vision HPV-X2 and visit our page on DIC Solutions (digital image correlation) for more information about testing machines, high-speed cameras & everything you need to get the job done right.